This is a book about reading. Not about writing. Writing doesn’t matter and the people who write matter even less. Or so this writer’s story goes.

Puerto Montt looks at literature as a dangerous calling, in a world where reading is at the centre of both life and community and is not pushed to the outskirts.

Rainer Kinrazip, our guide through these pages, takes the reader on a journey across time and space, from Santiago to Buenos Aires, from the present to the past and even through literature itself. From the words of Artaud, which greet us with a warning of the arrogance of writers, to the verse of Pizarnik, and the echoes of poetry punctuating the text.

But this is not simply a manifesto – a document of past literature with a projection for what it might resemble in some imagined future – it is also a detective story, a search for meaning and truth while attempting to overcome the barriers of immigration, language and culture. “How does one act well?” is a question central to the story, but one that becomes even more muddied and unclear as Kinrazip slips through various countries and cultures, attempting to make his way towards an answer.

Half poetry and half prose, Pureto Montt is told in the before-and-aftermath of three murders. The story jumps temporally between episodes leading up to the murders and a string of events that take place after. The pre-murder story is set in Chile while the post-murder milieu is Argentina.

D (just D) is Kinrazip’s mysterious companion throughout the tale. She perhaps has the most insight into what to make of these pages. “In order to solve a single crime, you must first solve the world in which it was committed,” she says, quoting Kinrazip himself. This is also the task facing anyone who happens in to these pages: to read and contruct a constellation from the surreal, cracked stars scattered throughout the book. Perhaps, in this way, the reader may even make sense of the crime at its centre. Because here, the reader, not the writer is the creator. 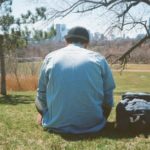 Graeme Krupinski was born and raised in Toronto before living in Argentina and Chile. His poetry and non-fiction has been published in journals and newspapers in English and Spanish. Puerto Montt is his first novel.